If you have a matrix and want to plot its content as an image, matplotlib provides some functions such as imshow and pcolor.
c

Differences between imshow and pcolor

Let us use a simple 3 by 3 matrix and call imshow and pcolor.

Note the values of the data : 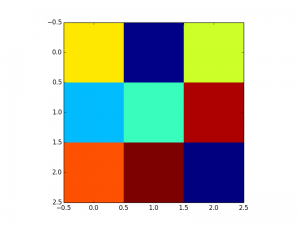 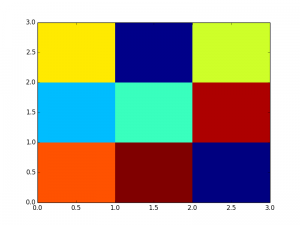 So, the main differences are:

However, the main important difference is that pcolormesh is much faster by several order, as you can see in the figure below, which can be re-generated with the following code: 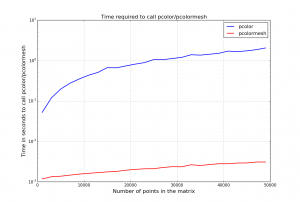 As suggested by a few comments, the next question is why shall we use pcolor instead of pcolormesh ? From pcolormesh documentation, an additional difference is:

Yet, I have not encoutered a case where pcolor should be used instead of pcolormesh.

This entry was posted in Python and tagged matplotlib. Bookmark the permalink.